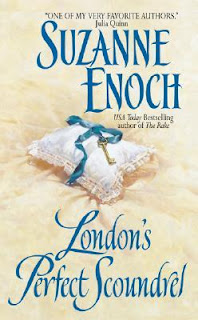 A determined young lady vows to give one of London's infamous rakes his comeuppance -- but when the rogue turns the tables, who truly learns a lesson in love?

The ton gossips call him "Saint" -- but the Marquis of St. Aubyn has well earned his reputation as London's perfect scoundrel.
Evelyn Ruddick knows she should avoid him at all costs--but the strikingly beautiful lady wants to aid the children of the Heart of Hope Orphanage, and he heads the board of trustees. Evie is determined to teach the charming, arrogant man a lesson in compassion, but it won't be so easy--especially since his touch is setting her desire aflame, making Evie yearn to submit to his passionate instruction...
The idea of joining in her "project" is unthinkable, but this enchantress refuses to give up! So what else is there for a self-respecting rake to do but seduce the lady? Yet soon it is he who is being seduced by Evie's tender heart and fiery blushes. Could the temptation of long, passionate nights in her arms bring about the impossible? Could the disreputable Saint at long last be reformed?

Review: Anyone But You - Jennifer Crusie 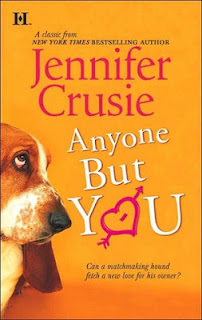 For Nina Askew, turning forty means freedom--from the ex-husband, freedom from their stuffy suburban home, freedom to focus on what she wants for a change. And what she wants is something her ex always vetoed--a puppy. A bouncy, adorable puppy. Instead she gets...Fred.

Overweight, middle-aged, a bit smelly and obviously depressed, Fred is light-years from perky. But he does manage to put Nina in the path of Alex Moore, her gorgeous, younger-by-a-decade neighbor.

Alex seems perfect--he's a sexy, seemingly sane, surprisingly single E.R. doctor--but the age gap convinces Nina that anyone but Alex would be better relationship material. But with every silver-haired stiff she dates, the more she suspects it's the young, dog-loving doc she wants to sit and stay.

Email ThisBlogThis!Share to TwitterShare to FacebookShare to Pinterest
Labels: anyone but you, contemporary romance, favourite reads, jennifer crusie, mills and boon, review 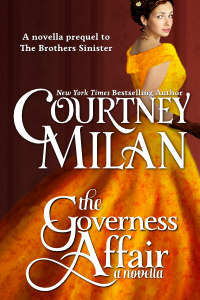 She will not give up…

Three months ago, governess Serena Barton was let go from her position. Unable to find new work, she’s demanding compensation from the man who got her sacked: a petty, selfish, swinish duke. But it’s not the duke she fears. It’s his merciless man of business—the man known as the Wolf of Clermont. The formidable former pugilist has a black reputation for handling all the duke’s dirty business, and when the duke turns her case over to him, she doesn’t stand a chance. But she can’t stop trying—not with her entire future at stake

He cannot give in…

Hugo Marshall is a man of ruthless ambition—a characteristic that has served him well, elevating the coal miner’s son to the right hand man of a duke. When his employer orders him to get rid of the pestering governess by fair means or foul, it’s just another day at the office. Unfortunately, fair means don’t work on Serena, and as he comes to know her, he discovers that he can’t bear to use foul ones. But everything he has worked for depends upon seeing her gone. He’ll have to choose between the life that he needs, and the woman he is coming to love…

Look at me, I've gone all social networking crazy!

To reach as many romance readers as possible I've decided to say goodbye to all productivity and join Tumblr. If you're not on Tumblr and need a distraction (a very big distraction, this thing will take over your life) I suggest you join, tout de suite.

I can be found here, my 'ask' is open so you can drop me a question anytime (anonymously if you feel like adding some mystery). There are some great blogs on Tumblr so I may occasionally tell you all about them here to encourage you to go seek them out. In the meantime, Eloisa James is on Tumblr and her ask box is open! Tumblr is a great, informal way to reach out to readers and I hope more authors jump on the bandwagon.

Let me know what you think of Tumblr,

Review: Mine Till Midnight (The Hathaways #1) - Lisa Kleypas 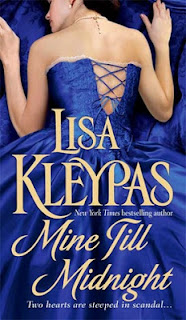 When an unexpected inheritance elevates her family to the ranks of the aristocracy, Amelia Hathaway discovers that tending to her younger sisters and wayward brother was easy compared to navigating the intricacies of the ton. Even more challenging: the attraction she feels for the tall, dark, and dangerously handsome Cam Rohan.

Wealthy beyond most men's dreams, Cam has tired of society's petty restrictions and longs to return to his "uncivilized" Gypsy roots. When the delectable Amelia appeals to him for help, he intends to offer only friendship--but intentions are no match for the desire that blindsides them both. But can a man who spurns tradition be tempted into that most time-honored arrangement: marriage? Life in London society is about to get a whole lot hotter…

Review: Kiss Me if You Can (Bachelor Blogs #1) - Carly Phillips 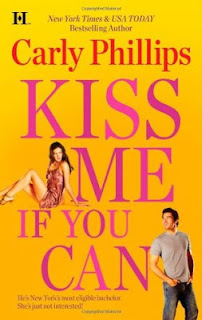 Sam Cooper (“Coop”) has just become the most eligible bachelor in New York City. After foiling a jewelry store robbery, and being rewarded with the ring of his choice, single women all over the city are fawning over the crime reporter. But Coop isn’t interested in the admirers sending racy underwear his way. His attention is centered solely on Lexie Davis, the only woman in the city who claims not to be interested in his bachelor status.

Instead free-spirited Lexie is more interested in Coop’s antique ring, and its (potentially scandalous) history in her family. But Coop is quickly becoming more than just her route to the ring But when Coop’s investigation starts to uncover the truth, will she trust her heart – and her family secrets – to this most eligible bachelor?

I now have a Goodreads account uniquely affiliated with this blog. This makes it a bit easier for me to rate books in terms of the traditional 'stars' and also offers an easier way for you all to recommend books to me and keep up with what I am currently reading.

In order to set my Goodreads off to a decent start I have rated some romance books I've read in the past. However, a lot of these I read in the distant past so I cannot really recall the extent to which I liked them or not. Consequently, I am going to set about attempting to re-read the majority of those that I have already read (gulp) in order to give them a more accurate personal rating as well as an in-depth review for your reading pleasure. 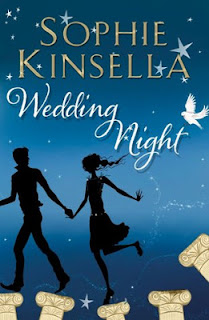 Lottie just knows that her boyfriend is going to propose during lunch at one of London’s fanciest restaurants. But when his big question involves a trip abroad, not a trip down the aisle, she’s completely crushed. So when Ben, an old flame, calls her out of the blue and reminds Lottie of their pact to get married if they were both still single at thirty, she jumps at the chance. No formal dates—just a quick march to the altar and a honeymoon on Ikonos, the sun-drenched Greek island where they first met years ago. Their family and friends are horrified. Fliss, Lottie’s older sister, knows that Lottie can be impulsive—but surely this is her worst decision yet. And Ben’s colleague Lorcan fears that this hasty marriage will ruin his friend’s career. To keep Lottie and Ben from making a terrible mistake, Fliss concocts an elaborate scheme to sabotage their wedding night. As she and Lorcan jet off to Ikonos in pursuit, Lottie and Ben are in for a honeymoon to remember, for better . . . or worse. 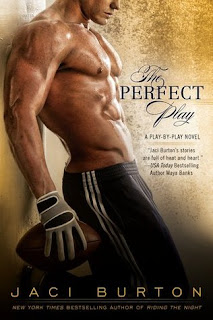 Football pro Mick Riley is an all-star, both on the field and in the bedroom. But a sexy, determinedly single mom just might be the one to throw him off his game...
For years Mick has been taking full advantage of the life available to a pro athlete: fame, fortune, and a different girl in every city. But when he meets and beds confident, beautiful event planner Tara Lincoln, he wants much more than the typical one-night stand. Too bad Tara's not interested in getting to know football's most notorious playboy any better.
As the single mother of a teenage son, the last thing Tara needs is the jet-set lifestyle of Mick Riley; even though their steamy and passionate one-night stand was unforgettable. Tara's life is complicated enough without being thrust into the spotlight as Mick's latest girl du jour. Tara played the game of love once and lost big, and she doesn't intend to put herself out there again, especially with a heartbreaker like Mick.
But when Mick sets his mind to win, nothing will stop him. And he has the perfect play in mind.