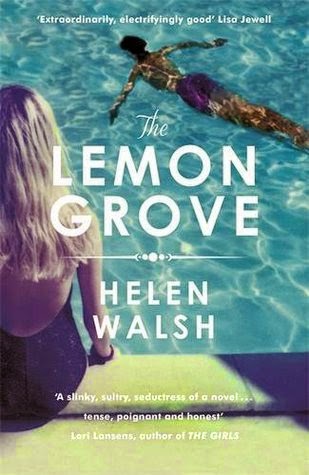 
Having a quick scout on Goodreads I'll admit that the low reviews that The Lemon Grove has received don't really surprise me - not because the book is bad, far from it, but because it really won't be to everyone's taste.

On the surface the book is about a dissatisfied married couple, Jenn and Greg, taking a vacation in their beloved Mallorca, when they're joined by Greg's daughter, Emma and her boyfriend Nathan. A family as complex as any other, the arrival of Nathan acts as a catalyst in the seemingly inevitable family breakdown. Really, none of the characters are likeable, but in a way that's what makes them so great. I can't confess to having any great connection to Jenn, or even Emma for that matter, but we've all been at the mercy of turbulent emotions and the havoc that ageing can wreak (at any stage). A somewhat darker side of life, love and obsession is revealed in The Lemon Grove and Walsh navigates her way through with ease and without over complicating the material.


Walsh has a unique writing style, stark and methodical in it's execution. For all that the novel is short, it's full of rich detail and complex characters. The twists and turns of the plot will keep you hooked and will linger long after your holiday.

If you're after something a bit different, a tad meatier one might say, to read by the side of the pool this summer then I'd heartily recommend The Lemon Grove.
Posted by Rosie at 1:25 pm