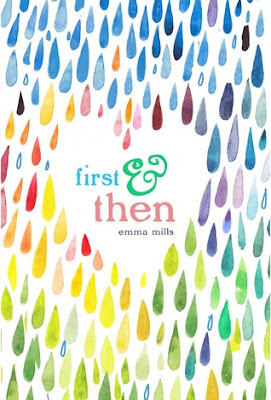 
Billed as a hybrid of refined courtship and the bright stadium lights of many a YA romance, First & Then is pitted against a slew of seemingly similar novels in the YA genre. However, whilst clearly getting books into hands, I think Mills' novel is somewhat sold short by this description.


Peppered with witty and sophisticated dialogue that belies the character's age, First & Then is a novel that draws you in and makes you think. The central romance of the novel, a story line that's executed with all the slow burn and tension of it's regency predecessors, is thoroughly enjoyable and enchanting. Whilst Mills does occasionally stray into cliche when exploring the life of 17 year old Devon and her relationships with the usual extended cast of high school characters, just as she edges towards the trite she delivers a perfectly executed curveball of insight that really elevates the piece. For me though, the true heart of the novel was the relationship between Devon and Foster, alongside Devon's evolving relationship with herself. Devon's a raw and entirely relatable character, one that I wish I'd had when I was a teen.

Whilst at times First & Then is clearly a debut novel, at others it has an insight and wit that captivate. I can't recall how many sentences that had twists of language so brilliant that I highlighted them in glee. Mills' first book is charming, complex, and profound - it is certainly yet another YA novel that transcends the boundaries of it's genre. First & Then is a book I wouldn't hesitate to recommend to anyone; it's much more than a romance, it's book about finding a sense of self, about family and belonging.

Mind you, it doesn't help that First & Then is one of the first novels I've read this year that has given me that physical twinge of joy as I read - you know that wee spark of pleasure you get somewhere behind your ribs. Wonderful.

First & Then is about love, family, and coming of age -  a book for everyone that just happens to be set in a high school.